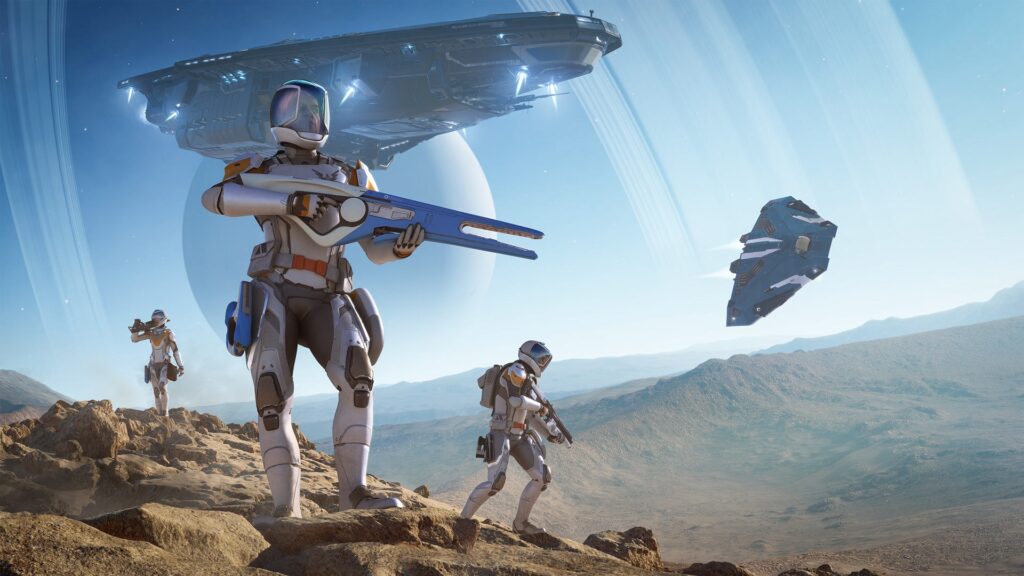 Originally revealed in Summer 2020, Odyssey is an ambitious expansion for Elite Dangerous that will bring some first-ever features to the game since its launch. While it was supposed to launch earlier this year, recently the developers shared a new statement revealing that the PC version of the game will arrive later in Spring 2021, with the console versions getting delayed until Autumn 2021.

As the statement reads, the “ongoing impact of the pandemic” and “the renewed lockdown in 2021” are the main reasons behind delaying the release date of the Odyssey expansion. Frontier Development confirmed that an Alpha phase of the DLC will be available for PC players earlier in Spring 2021, with the full version arriving later in the same quarter of the year.

On the other hand, the wait for PS4 and Xbox One players will be longer as the team at Frontier Development will first balance and improve the experience on PC and then will release it on consoles in Q3 2021. In case you don’t know, Elite Dangerous is a massive space simulator with a lot of activities to upgrade your character, your spaceship, and your rank among the other residents of the endless world of the game. Featuring both single-player and multiplayer modes, in Elite Dangerous every player has his own job and story, which can be either according to law or against it.

With the Odyssey expansion, Frontier Development will add the on-foot exploration to the game for the first time ever. Thus far, everything in the game was only approachable through your spaceship, but with the new expansion, you will be able to land on planets, search them on-foot in the first-person view, take on various missions, and take part in some high-octane combats. Odyssey is truly the start of a new era for Elite Dangerous and will bring a lot of exciting features to the game years after its initial launch.

Elite Dangerous is now available on PS4, Xbox One, and PC.

The post Elite Dangerous: Odyssey Won’t Be Out Until Spring 2021 by Mehrdad Khayyat appeared first on DualShockers.

Hitman 3 Pre-Load is Now Live on the Xbox Consoles
Can Scarlet Witch and Vision have kids?
Top New Young Adult Books in January 2021
Overwatch’s new map, Kanezaka, goes live with a Hanzo in-game challenge
PC players will have to re-buy Hitman 2 levels to bring them to Hitman 3