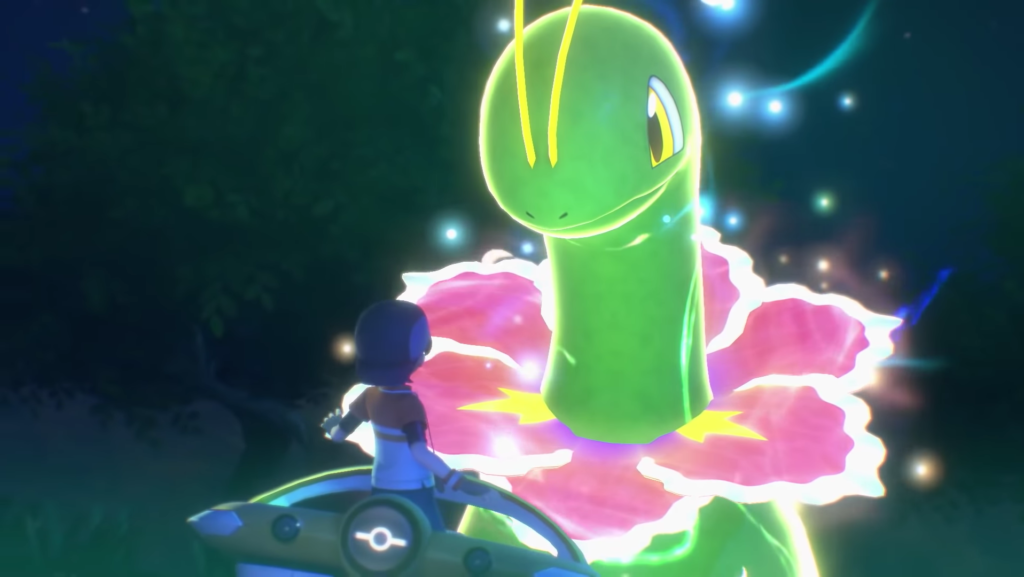 90s kids, it’s time to celebrate! A release date for the sequel to the hit photo-taking adventure Pokemon Snap has been announced. The game, officially titled New Pokemon Snap, was shown in a trailer today which revealed it would launch on April 30. Pokemon Snap originally released on the Nintendo 64 in 1999, giving players a chance to photograph their favorite Pokemon.

New Pokemon Snap will send aspiring Pokemon photographers to the Lental region. In cooperation with the region’s Professor Mirror and his assistant Rita, players are tasked with snapping photos of Pokemon in their natural habitat. Players will use an on-rails vehicle called the Neo-One to safely explore the region’s many environments. Of course, there will also be multiple environments for players to ride through. From forests to beaches, lakes and hot deserts, players can photograph the Pokemon living in every kind of terrain.

Much like the original release of Pokemon Snap, there’s a way to interact with the adorable creatures as well. The original game let players toss fruit out the window of their cart, and the same feature will be in New Pokemon Snap. This time around, the island’s indigenous “Fluffruit” will be used to attract Pokemon for better photo-taking. Using these fruit, players can also make Pokemon behave differently, causing new interactions and photo opportunities.

Welcome to the Lental region, your destination for adventure in #NewPokemonSnap! Venture from island to island on an ecological survey, building your Pokémon Photodex as you observe wild Pokémon in their natural habitat. New Pokémon Snap arrives on 4/30!https://t.co/S8dzpbVhbc pic.twitter.com/OpQhY7V3O8

The trailer’s final scene shows a strange encounter between the photographer and a glowing Meganium. This is apparently due to something called the Illumina phenomenon, which players will undoubtedly have to research.

New Pokemon Snap will release April 30 for the Switch exclusively. If you already know you’re going to pick up Nintendo’s latest Pokemon adventure, pre-orders for the game are already available.

Loop Hero is the Roguelike/Idle Game Combination I’ve Been Dreaming About
How All Creatures Great and Small Epitomizes Cottagecore
Minecraft guide: How to ride Striders and cross lava
How the Marvel Cinematic Universe Got its Own Pandemic from the Blip
Fallout 76 militia gets suspended by Facebook — again