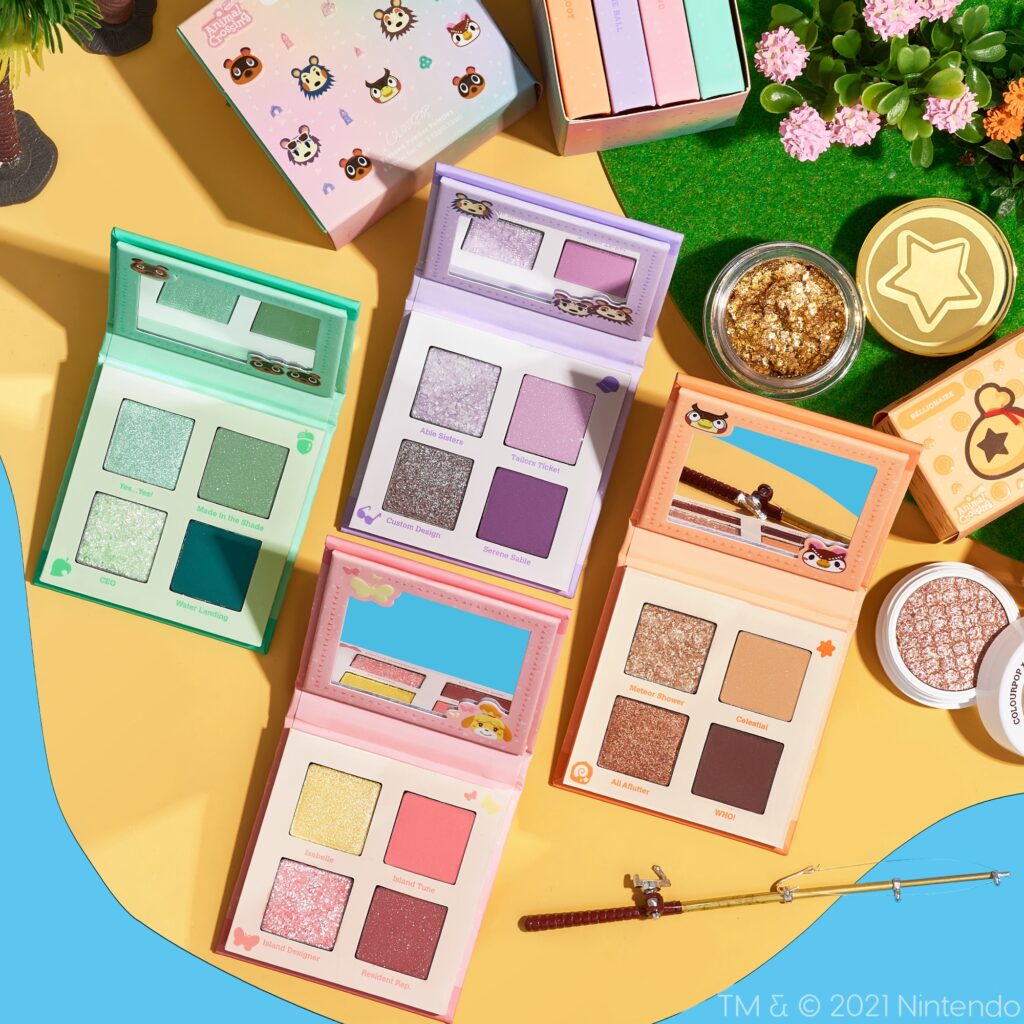 Nintendo America announced a new collaboration on their Twitter between their best selling title Animal Crossing: New Horizons and ColourPop Cosmetics. According to the tweet, the collection will make its debut on January 28th:

The bright and colorful palettes of the various shades not only reflect the island life and the villagers populating it, but also is well suited for both the younger and older audience playing the title. The collection strikes a balance between the various age groups, which is impressive for makeup. You can sign up with the official website here to get notified when the makeup set launches at 10AM PST.

Since Nintendo’s last financial update, the title has sold 3.64 million units, cementing itself as second place in the top 10 best selling Switch games. According to Twitter data during the first half of 2020 New Horizons was the most talked about game on Twitter globally, with Fate/Grand Order coming in second after being the most talked-about game in 2019.

The previous free update for Animal Crossing: New Horizons was back in April and it brought a host of changes such as new villagers to the island, added some fun seasonal events, and opened up a new wing in the museum. Animal Crossing: New Horizons was recently featured in the Financial Times, an actual real life publication, after some severe in-game interest rate cuts from Tom Nook.

In Japan alone Animal Crossing on Switch previously sold more than 1.88 million copies as of March 23th. The title released worldwide on March 20th, which means it managed to sell 1.88 million physical copies in Japan in only three days. And overall the game’s Nintendo Switch debut sold 11.77 million units between its March 20th launch and the March 31st, placing it seventh among the console’s highest-selling titles. In barely four months, Animal Crossing: New Horizons has become Japan’s second best selling game ever.

Check out our glowing review of the game here for a more in-depth breakdown.