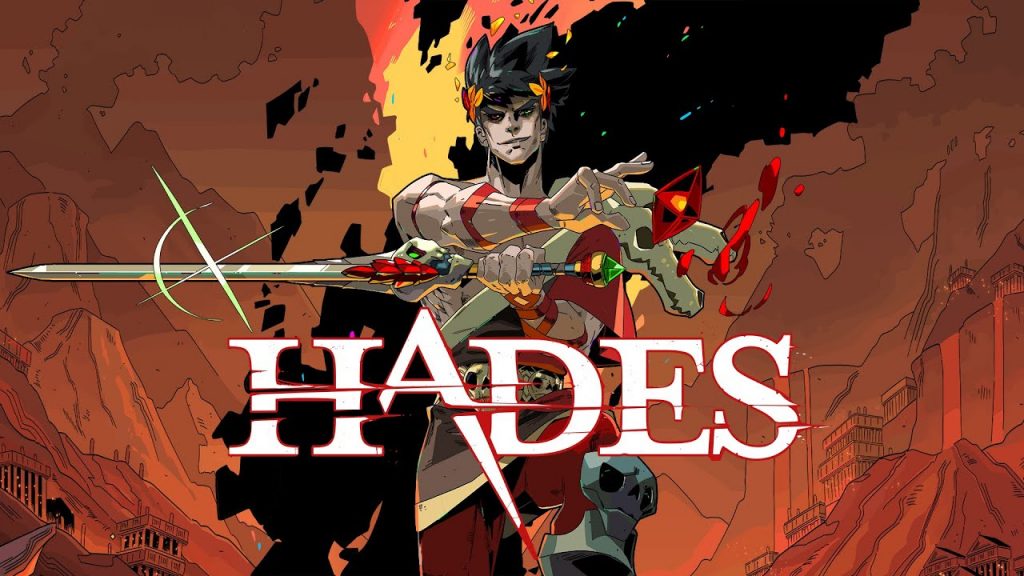 Let’s not mince words with this one: Hades is fantastic. It was a good game to play from the first Early Access release, and it’s only gotten markedly better with every successive patch. I’ve been eagerly awaiting the chance to see how it ends, and Supergiant Games did not disappoint me.

Hades is a roguelike action/RPG set amidst Greek mythology. As Zagreus, son of the god Hades, you’re tasked with breaking out of the supposedly inescapable Underworld. Aided by the Olympian Gods, who believe he’s seeking to escape and join them on Mount Olympus, Zagreus fights through the ever-shifting chambers to reach the surface. Unbeknownst to the Olympians, however, his true goal is to find his missing mother. This will not be accomplished in one single undertaking; Zagreus will inevitably die and wind up back in the House of Hades. You’ll have the opportunity to interact with the cast, use the resources you collected to strengthen your abilities, and then try again.

Gameplay is the most important aspect of a roguelike, requiring strong mechanics and lots of replayability to make the repeat runs worth it. To accomplish this, you’ll start each run of Hades picking your weapon from a total of six (once they’re unlocked). These weapons each offer a simple but effective set of moves, establishing your base playstyle for that attempt. Regardless of how they function, you’ll always have an Attack, Special, Cast, and Dash option for each.

“Zagreus will come out swinging in completely different ways every run.”

Variety is then achieved through finding boons in your run, which are upgrades or enhancements granted by the Olympians. Each of the eight gods has a unique set of abilities and status ailment associated with them. These boons will modify a part of your moveset, and you’re able to freely mix and match between gods as the boons become available. Some boons require you to focus heavily on one god’s style, or some duo boons combine the effects of two gods. What you get will change dramatically each time even with the same weapon, and Zagreus will come out swinging in completely different ways every run. 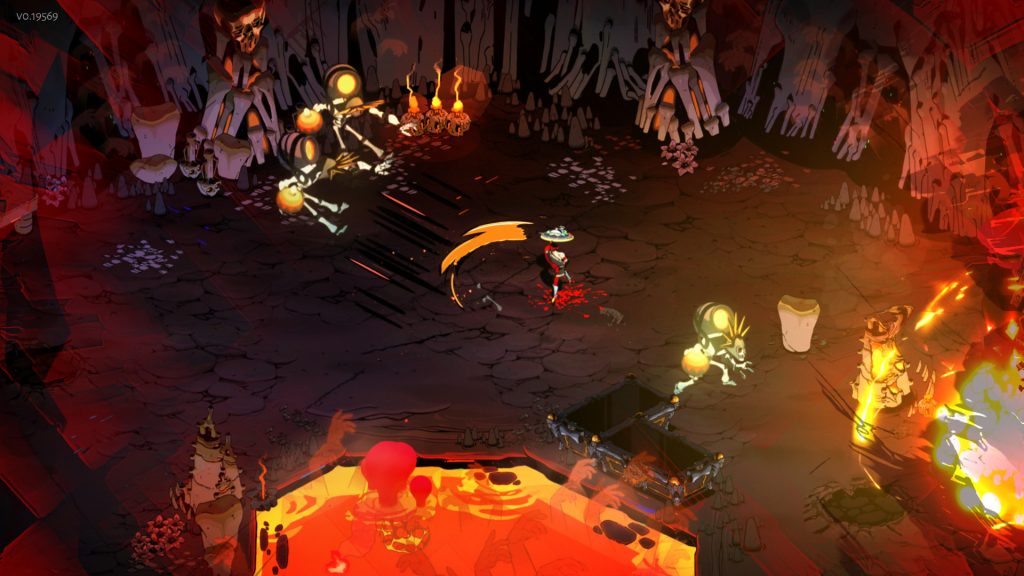 But these aren’t the only things that can influence your playstyle. Every room displays the reward on the door, and clearing that room of enemies will grant it to you. You’ll be able to see which god boons are upcoming, or else you can steer towards resources. Coins are used in the shop for that run, but others will return to the House of Hades when you fall, allowing for permanent upgrades there.

“What’s truly impressive about the gameplay in Hades is how damn good it feels to play from the very start.”

You can also find Daedalus Hammers, which modify the abilities of your weapon directly. Examples include giving your sword swings an energy wave, or your bow draws a longer charge in exchange for more damage. Still other rooms can grant things like Poms of Power to level up boons directly, or Centaur Hearts to increase your max HP for that run. Once you learn what the rooms entail, you can start steering your runs in the appropriate direction to maximise your power or returns. 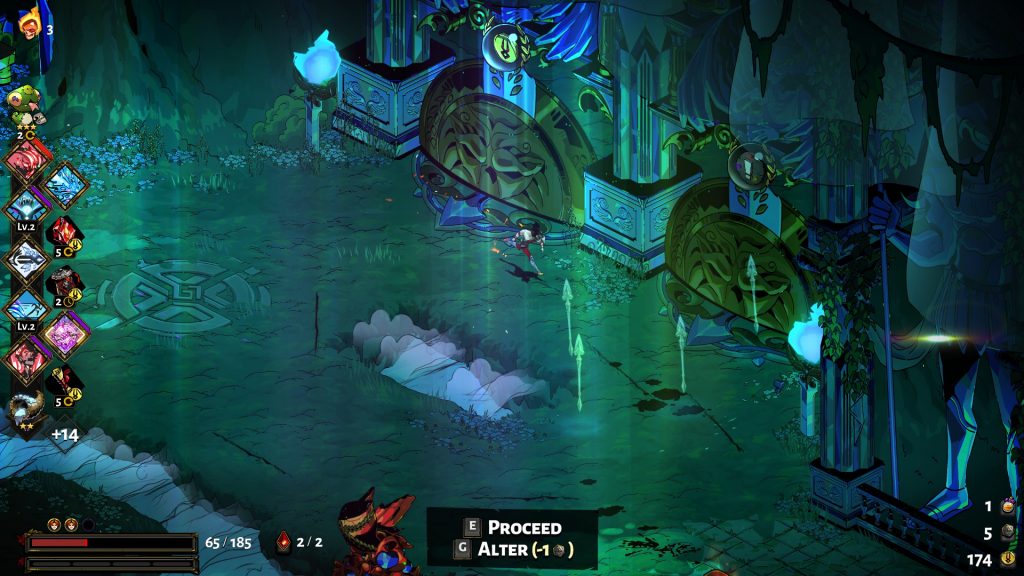 What’s truly impressive about the gameplay in Hades is how damn good it feels to play from the very start. Many roguelikes can leave you feeling weak or incapable until you get a few good upgrades, assuming you find them. By contrast, a game like Dead Cells had fluid combat no matter what you found, with unlocks just giving more variety to it. I’m pleased to report that Hades falls firmly into the latter category. No boons or abilities ever felt mandatory, and it didn’t matter what I found; I was still capable enough to clear rooms and have fun while doing it. Everything you find is merely a modifier to a moveset that is awesome as a baseline, and it’s seriously a joy to play.

Each run through the Underworld takes you to four different levels. You begin in Tartarus, ascending to Asphodel, then Elysium, then beyond. These biomes have a completely different aesthetic and set of enemies from one another, with a boss fight for each. Beat all four bosses, and the run is complete. Win or lose, you keep whatever you found beyond the temporary boons or coins before winding up back at the House of Hades. 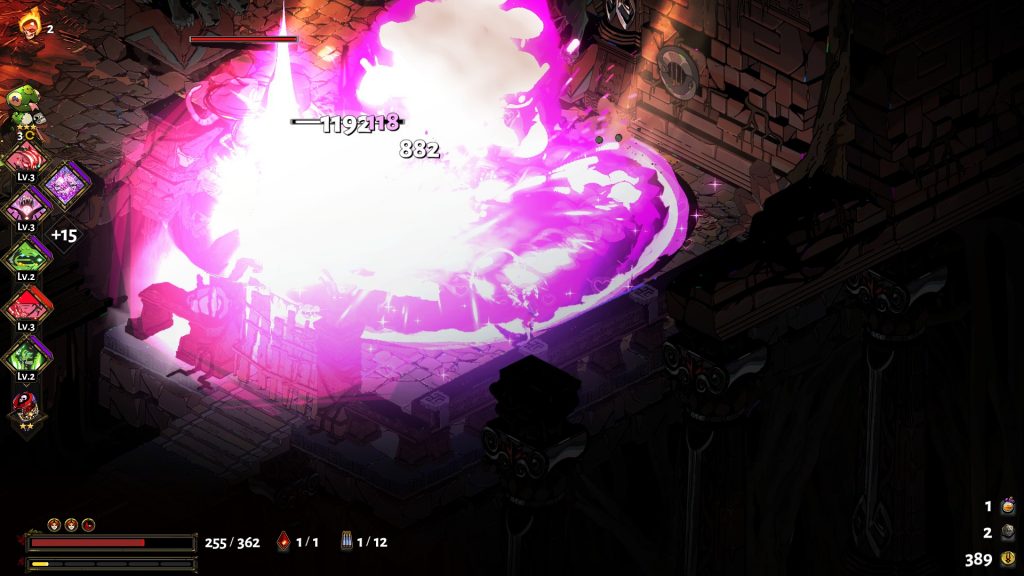 Beating the game is far from the end, however! Upon clearing your first run, you’ll find that the story hasn’t resolved; only widened. This is also where a number of new features are unlocked, such as the Pact of Punishment. The Pact is an optional series of customisable difficulty modifiers that you can enable for subsequent runs. This is yet another Supergiant staple, and is very reminiscent of the Idols in Bastion’s shrine. There are rewards for clearing this stuff out at increasingly high difficulties, though, so you have plenty more to do while pressing on to Hades’ true ending.

If that’s not enough, what about the Prophecies? Fate plays a big part in Greek mythology after all, so Zagreus will soon find himself equipped with a list of prophecies that can be fulfilled to gain further rewards. In addition to various side quests, these include trying all the different combinations of boons, weapon modifiers, and the like. Rather than just sticking with your comfort zone, you’re constantly encouraged and rewarded for trying new things. Hades is not content to let you rest on your laurels, though there’s nothing stopping you from doing so if that’s how you want to play. 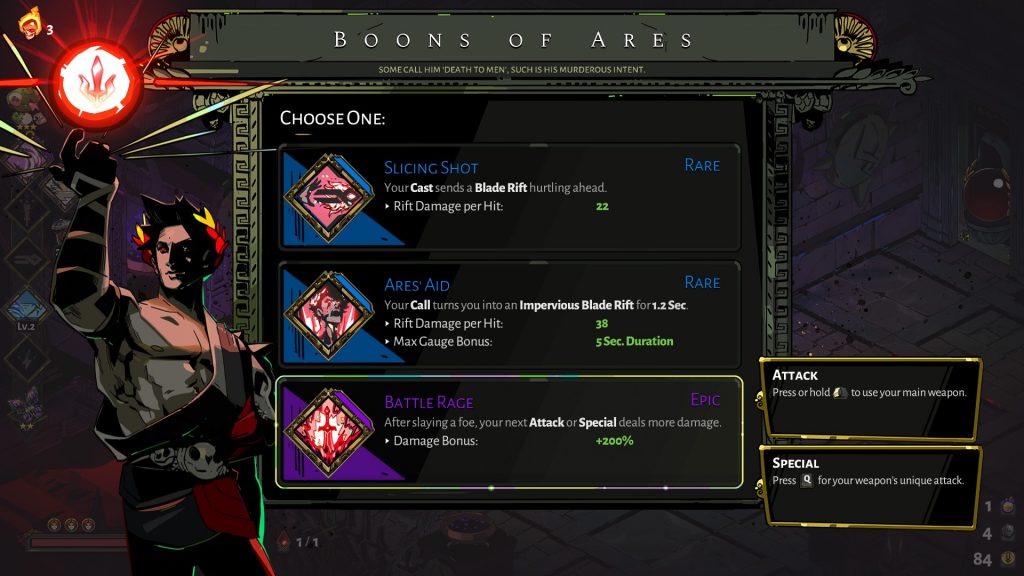 Many roguelikes will use their story and characters as simple framing devices before focusing on the gameplay. In Hades, this is not at all the case. Zagreus’ story is as important as the gameplay runs through the Greek hells. Within the House, you’ll meet a variety of colourful characters from Greek mythology that all have strong personalities and interesting interactions with Zagreus. There’s even more that you can chance upon in the Underworld, too. Whether they’re human spirits like Achilles or Orpheus, Chthonic Gods like Hypnos or Nyx, or Underworld residents like Cerberus (who is officially a good boy) or the Furies, you’re able to talk with them and gradually improve your relationships with them.

“Whether it’s art, sound, voice, writing, gameplay, or anything in between, Supergiant seems to give everything they have.”

Not only do they have interesting stories to tell and share, but almost everyone has a keepsake they can give to aid your runs. Some can even aid you in other ways, or will show up for some encounters to offer assistance (or even as boss fights!). Even if the story isn’t what you’re here for, there’s plenty that you can get out of these interactions, so everyone wins out.

This is where the Supergiant Games touches start appearing in spades. Not only is the cast composed of fascinating mythological characters, but they’re all expressed or explored in interesting ways. Further, they’re all voice acted incredibly well, not to mention portrayed with fantastically vivid, colourful art. 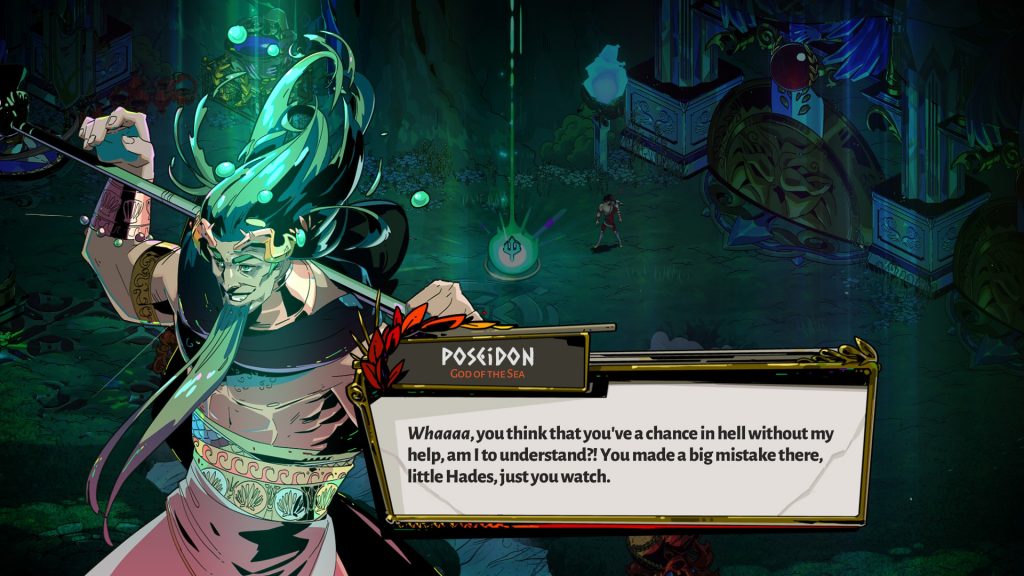 All these interactions are improved by strong writing, and this is bolstered by in-universe worldbuilding from the Codex. Everything and everyone in Hades has a Codex entry that is further expanded as you encounter them, filled with equally strong writing. Supergiant Games have never failed to develop fascinating worlds through their worldbuilding; apparently, this holds true even for a world that isn’t originally their own design.

As is par for the course with this studio, Darren Korb once again lends his musical talent to the soundtrack. The saying goes that “You buy a Darren Korb album and get a free Supergiant game”, and Hades continues this trend. There’s over two hours of music here, with nary a song out of place that doesn’t improve the scene it’s present in. One of the most standout pieces on the soundtrack even features a full orchestral arrangement, conducted by the legendary Austin Wintory (composer of the Journey soundtrack). Even so, the most mundane songs are quality and strengthen the locale with its presence. 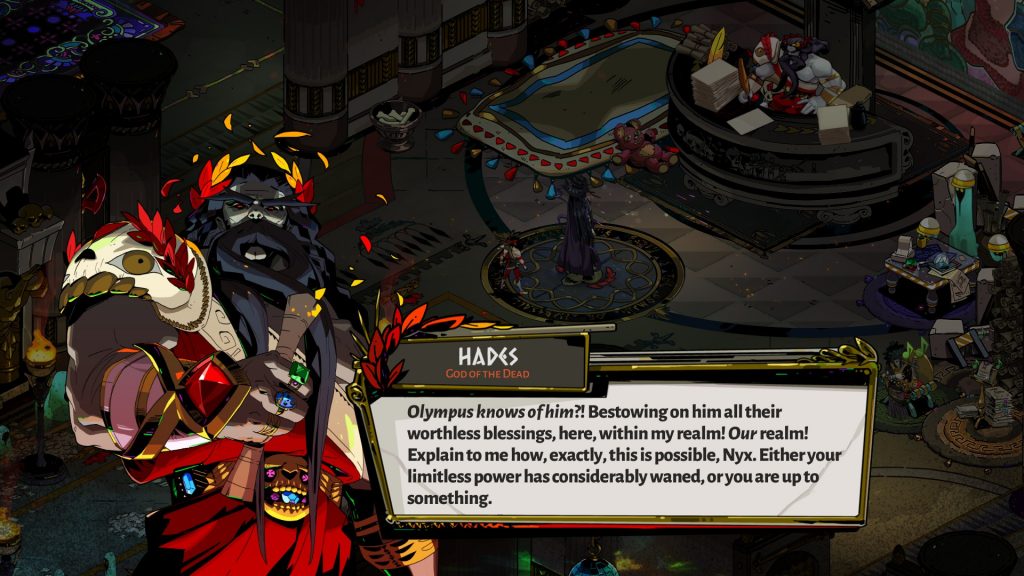 I guess this is why Hades — and all Supergiant Games titles — stand out so strongly to me. This is an indie team that is not at all afraid of pushing their creative vision with each game they make. It always feels like they’re making a passion project, and I can always resonate with it (nor am I alone in that sentiment). No aspect of that project is skipped over; whether it’s art, sound, voice, writing, gameplay, or anything in between, Supergiant seems to give everything they have. Hell, it’s that sentiment that made me come to love Bastion so much, which in turn nudged me to writing about video games at all!

“In every facet, Hades is an excellent video game, and one of the best roguelikes ever made.”

Hades is the latest and arguably finest entry in their pantheon of exceptional video games. It’s absolutely the most gameplay-focused and content-rich experience in their portfolio, and I’ve practically never found a dull moment within it. In every facet, Hades is an excellent video game, and one of the best roguelikes ever made. If I had to criticise anything about it whatsoever, it would potentially be a lack of different boss fights. That’s such a minor gripe considering what is available, though, and the bosses that are present serve as great fights regardless. No, I have practically no negatives to field here: everything the game does, it does well. I am forever happy to keep on fighting and dying, time and time again. 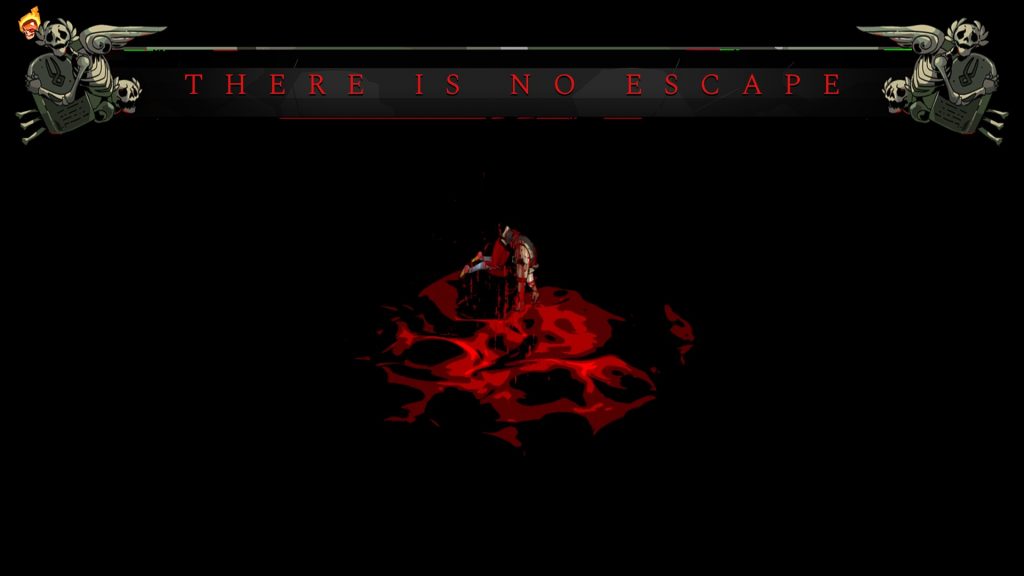 Seriously, this game is fantastic. Hades is my current pick for Game of the Year, and other games will be hard-pressed to nudge it far down the list. I’m going to pick up a second copy for Switch so I can start it all fresh and play it anywhere. Give it a try. Hell, give all Supergiant Games’ titles a try. You’re in for a great time, and there are no game developers out there I’d sooner recommend.