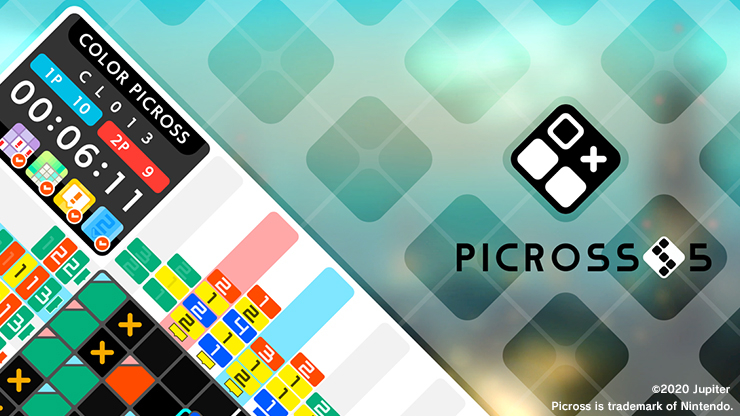 Picross S5 was announced and, as you might expect, it’s a ton more Picross. There are a few new bells and whistles, but most fans are likely just excited to have more puzzles to solve. At least, that’s the reaction in my house. My wife is a huge fan of the series and squealed with glee when I sent her the trailer you can check out below. Hopefully, you get just as much joy out of it as she does.

Picross S5 brings a total of 485 total puzzles to the table. So, if you’re anything like my wife, that’ll last you a weekend. Jokes aside, that’s a ton of puzzles to beat your brain against over the holiday season. Between regular Picross, Mega Picross, Color Picross, Clip Picross, and Extra large puzzles, you’ll also have plenty of variety. Of course, at the end of the day, you’re still solving basically the same type of puzzles; however, some of the styles change things up in ways that cheap the game fresh.

Players can also expect a few new quality-of-life and accessibility options with Picross S5. Most notably, the game will now tell you the total time you’ve been solving puzzles. The catch is that it will only display when you finish every puzzle. The team has also added in the option to use high contrast colors to make it easier to tell colors apart.

Picross S5 comes to Nintendo Switch on November 26. So I have about a week to get all of my Switch playing out of the way before I lose it for a month.

The post Thanks to Picross S5, I’ll Never See My Nintendo Switch Again by Ricky Frech appeared first on DualShockers.

The Mystery of D.B. Cooper Review: HBO Documentary Does its Best to Close the Case
Mavel Studios Resigns Itself to R-Rated Deadpool 3
Cyberpunk 2077 Shows Off Nearly 7 Minutes of PlayStation Footage
D.B. Cooper in Pop Culture: 15 Best Movie and TV Moments
Link Tank: The Office Will Leave Netflix by the End of 2020