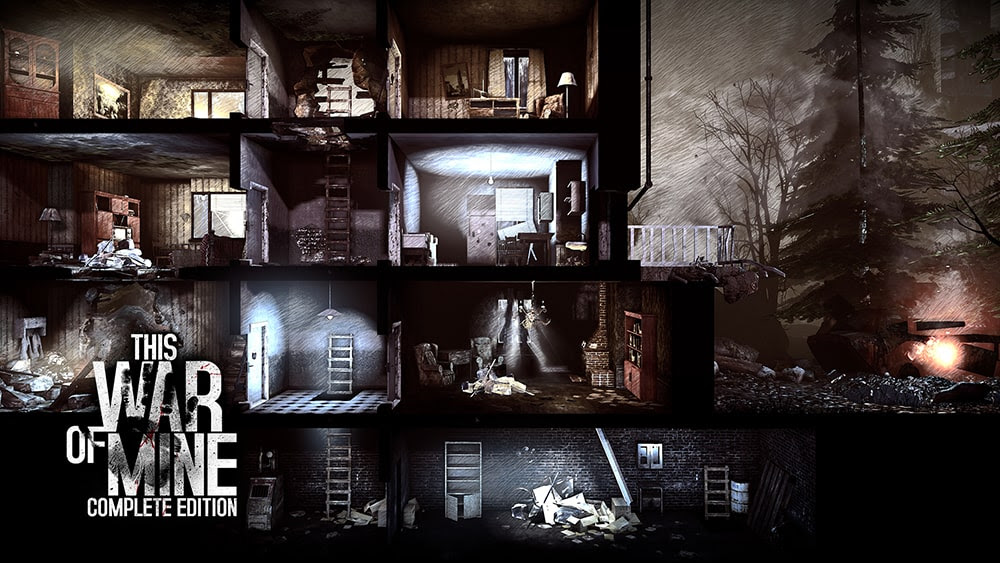 This War of Mine from 11 bit Studios launched on Nintendo Switch back in 2018. At that time, the team also starting launching new post-launch support on all platforms to celebrate the game’s third anniversary. And now, it’s all out and available. The final scenarios inject even more story into the proceedings, giving some final closure on the game. Check out the trailer below.

This War of Mine players on Switch have both The Last Broadcast and Fading Embers waiting for them. The two free scenarios both present gripping narratives to work through. One sees you playing as a lone radio-operator trying to decide which truths to share with your audience during a time of despair. The other tells the story of a young woman struggling with a decision between the survival of a man or a culture. It also introduces non-linear story-telling to the franchise, meaning your actions will help shape the ending.

If you’ve yet to play This War of Mine, it’s certainly worth a look. While more subdued than your usual wartorn setting in video games, it has a ton of heart. Plus, the game is currently on sale via the Nintendo eShop for 75% off. The deal only runs through November 30 though, so if you’re interested, make sure to check it out.

Also, keep your eyes on this space as DualShockers is partnering with This War of Mine for an upcoming giveaway on our official YouTube channel. We’ll make sure you hear more about the giveaway as soon as it launches. That said, even if you don’t win the giveaway, This War of Mine on Switch is absolutely worth ten bucks.

The post This War of Mine Receives Hefty Update and Big Discount on Switch by Ricky Frech appeared first on DualShockers.

Nintendo artist (and Tingle creator) Takaya Imamura retires
WandaVision: The Sitcom Influences of Episode 3
The Old Guard gets a star-studded anthology sequel in Tales Through Time
Box of Pokémon cards sells at auction for more than $400,000, a new record
Rustler Brings Grand Theft Auto to the Middle Ages on February 18