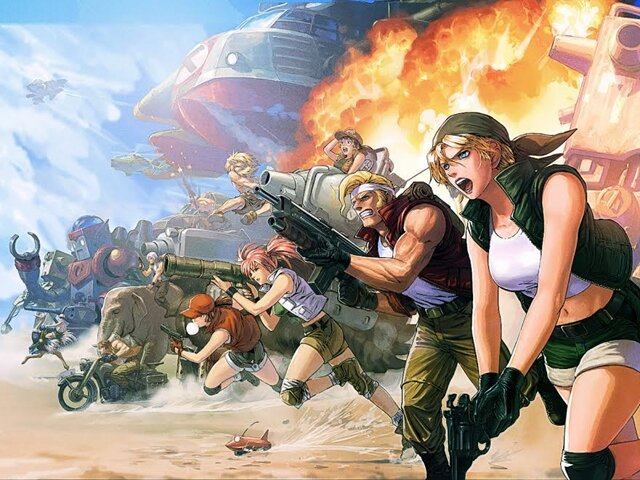 In surprisingly odd news, it’s been reported that SNK has been purchased by the Saudi-based Electronic Gaming Development Company that shortens down to ‘EGDC’, with the agreement being 100% funded by the Saudi Crown Prince. The news comes from the Korean site, Bloter, and EDaily, which have been shared through ResetERA (Thanks, Nintendo Life), and reports that the Saudi Crown Prince is to acquire SNK. However, this has not been confirmed.

SNK is a video game developer known for titles such as Metal Slug, Samurai Shodown, The King of Fighters, the Neo Geo, and more. The original SNK went bankrupt and was bought over by Playmore in 2001, who shifted its focus away from console games. Later on, Chinese investors in 2015 bought the company. Since then, the company has been going back to its classics, releasing new games for many series. In particular, SNK, earlier this year confirmed that it was working on a new Metal Slug game for consoles as well as a mobile game. KOF XV was announced as well, but never revealed.

The article from Bloter reveals that on November 26, 2020, SNK “announced” it had signed a stock transfer agreement with Saudi Arabia’s game company, EGDC. Bloter reports “The Daebuho, who signed a contract of 200 billion won, was found to be the crown prince of Saudi Arabia’s Mohamed bin Salman bin Abdulaziz al-Saud. He is the largest shareholder of EGDC, owning 100% of his Mohamed bin Salman bin Abdulaziz Al-Saud Foundation. However, SNK apparently details that “if the contract proceeds, the largest shareholder will change on January 12 next year.”

The Crown Prince has been accused of having a hand in the assassination of The Washington Post journalist Jamal Khashoggi back in 2018, and also for detained rights activists being tortured whilst they were in jail. In 2016, he introduced Vision 2030 which plans “to reform Saudi’s economy towards a more diversified and privatized structure” with “goals and measures in various fields, from developing non-oil revenues and privatization of the economy to e-government and sustainable development” so this agreement could very well fall into this program.

This whole agreement seems to be odd and SNK doesn’t seem to have issued a public statement about it as of yet. DualShockers has reached out for comment and will update this article should we hear back, or further confirmation comes to light.

The post SNK May Have Been Aquired by The Crown Prince of Saudi Arabia by Ben Bayliss appeared first on DualShockers.

Hogwarts Legacy Delayed to 2022
Little Nightmares 2 Preview — Strength in Numbers
Overwatch’s new map, Kanezaka, goes live with a Hanzo in-game challenge
Link Tank: 10 Shows to Watch For Fans of The Expanse
Cyberpunk 2077 Multiplayer Details May Have Been Exposed by Dataminers