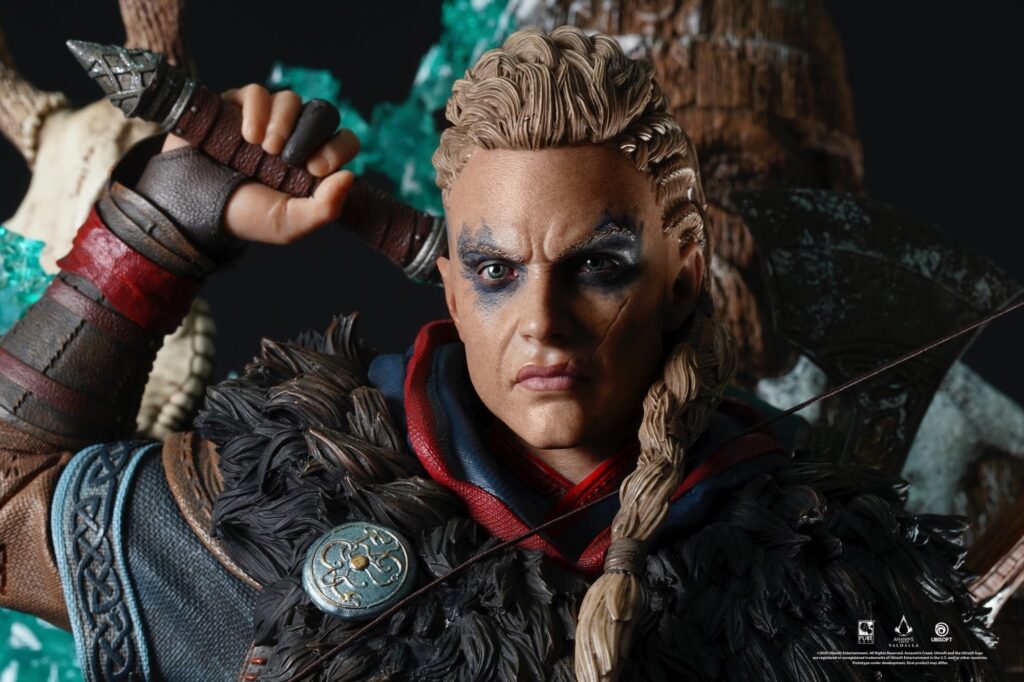 Assassin’s Creed Valhalla has been out for a little while now, and the game has seen a few updates, the most recent one alleviating screen tearing on the Xbox Series X. But what if you want to pick up some merchandise? Well, Ubisoft has a range of new products for fans who may be looking for a Christmas gift, or maybe something to populate their shelves.

In a video, that you can view below, Ubisoft’s Youseff Maguid shares a range of items, old and new, from the Assassin’s Creed games, Watch Dogs Legion, Rainbow Six Siege, and more. While there’s a lot of different items listed, I’ll try and stick with the newest items, and the video description contains links to the different product pages.

The first featured item is a ¼ scale Eivor statue from Pure Arts and joins its Animus Collection and licensed by Ubisoft. It’s priced at $749 and finds the Assassin’s Creed Valhalla protagonist standing in front of a totem of the god Odin. It comes with 2 heads, one being for the male version of Eivor, the other being the female head. It comes with Eivor repping the hidden blade and axes as they stand on the sculpt which uses 3 AA batteries to power the LED Animus effects behind. It’s limited to 2,500 units, only available in North and South America, and is due to be delivered sometime in Q1 2021.

It’s also detailed that pre-orders will also receive an exclusive Animus Dice set. Just look at the details on the statue below. 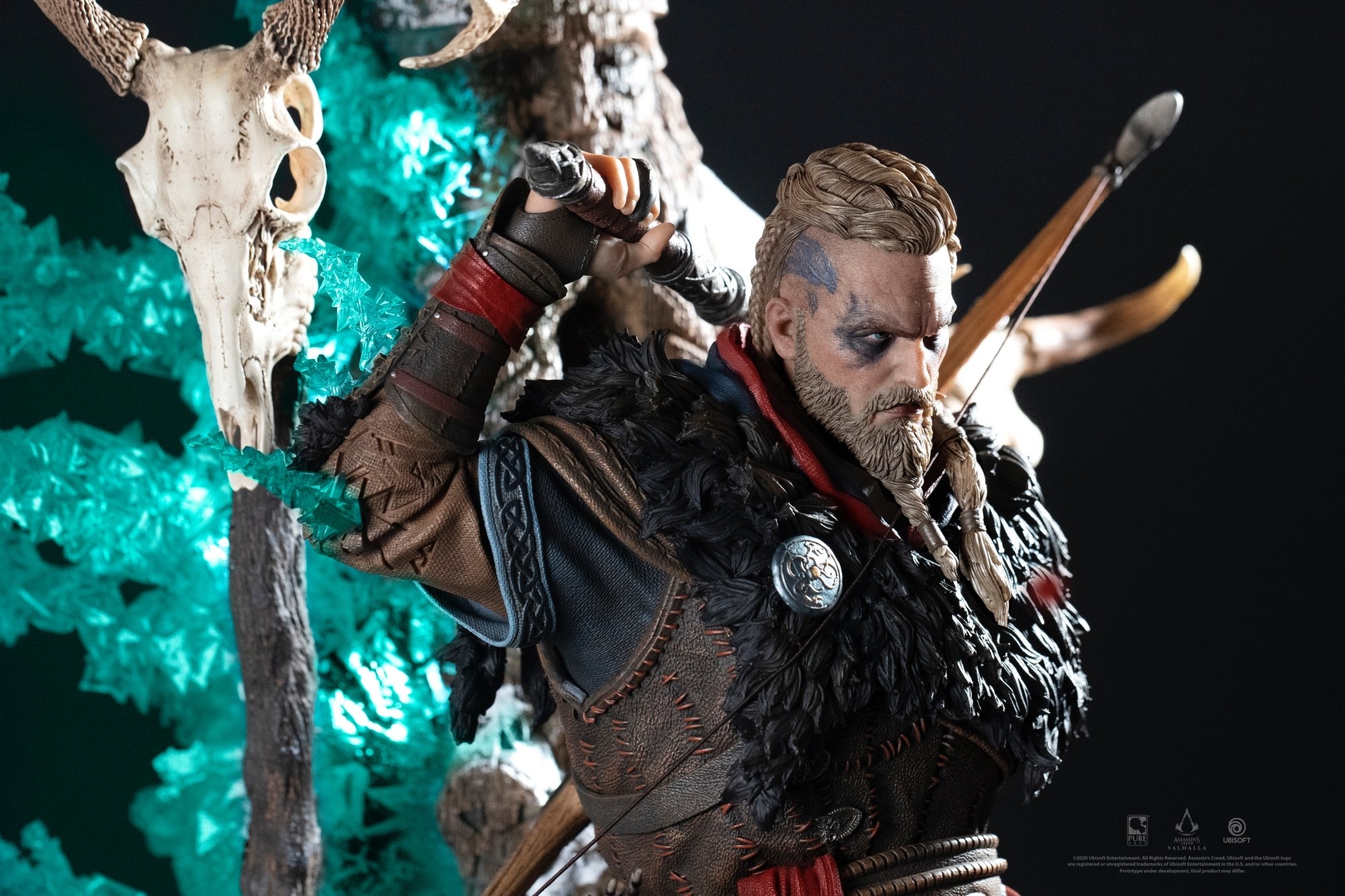 A cheaper variation of the above is available for $199 and features a 10-inch statue of the male version of Eivor standing on a chest of silver. There’s also a life-sized, wearable hidden blade with a spring-loaded blade and locking mechanism. It’s not a real blade though, let’s just put that out there. The bundle also includes 6 wooden Valhalla dice that are only available with this bundle, a set of in-game tattoos, and a print of some longships sailing at sea. This is also only slated to launch for those in North and South America.

There’s also a range of Valhalla merch on the official Ubisoft website, which includes a hoody, art prints, ugly Christmas clothes, and more. SteelSeries has some speaker plates for the Arctis Pro headset and a mousepad. There are also some Valhalla Gunnar gaming glasses for $80. If you’re after some fancy shirts, Jinx has some official Valhalla-themed ones available. Graph Gaming also has some Assassin’s Creed Valhalla clothing.

There’s some more stuff detailed in the video itself, with some previously released items making their way into the gift guide, but the standout items are certainly the Valhalla statues. If you’re looking on picking the game up, it’s available on PC, PS4, PS5, Xbox One, Xbox Series X / S, Stadia, and Luna.