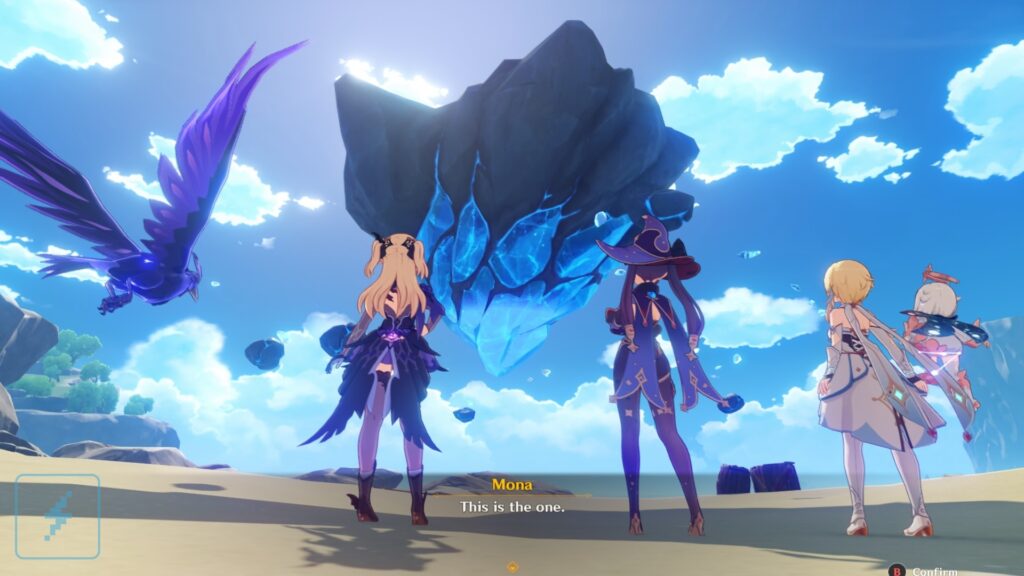 The Unreconciled Stars event is currently ongoing until November 30 in Genshin Impact (PC, PS4, PS5, Mobile, Switch soon). This is the second co-op event in miHoYo’s online JRPG, and it’s a large event, with a consequential amount of Primogems and rewards to earn. Most notably Electro + bow character Fischl. With this guide, we’ll take a quick look at Star of Destiny, with some thoughts and tips on how to clear it in the few days left.

First, you must have completed the main quest from Phase 1 and Phase 2 of the Unreconciled Stars event. The quests are The Crisis Deepens, and What the Skies Conceal, the Water Reveals. There are several sidequests you should clear for additional rewards, but you can leave them for later too. Those quests are very straightforward as long as you read the dialogues. However, for additional help, check miHoYo’s official directions. 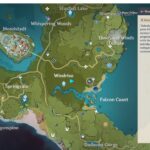 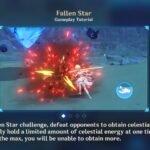 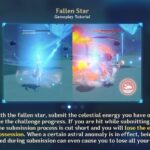 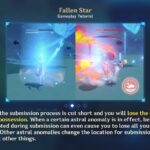 Multiple waves of enemies will be spawning in a closed off arena. Long story short, each time you defeat monsters, you earn Celestial Energy that you must submit at specific points of the arena. Submitting energy takes time, and getting hit while you do so makes you loose energy. As such, you should only submit between waves of enemies. There’s a good ten seconds between each wave to let you do so.

If you’re playing with a controller, to submit energy, you first need to open the quick menu roulette with your L1/ top left trigger, and then press your Square / left position button. If you press the buttons in the reverse order, the energy submit will not trigger.

Can I Play Fallen Star Challenge in Solo Mode?

You can play the Fallen Star Challenge solo . The event difficulty will be scaled to your World Level. In fact, it might be best to run the event solo if your characters are very well maintained Artifacts wise and Talents wise. if you’re scared of coordination with random players being wonky, then solo is best.

However, it’s important to note the game will switch to Solo Co-op mode when triggering Fallen Star Challenge. It’s like if someone joined your world, except you’re alone. Moreover, the game can’t be paused.

Which Characters Should I Use For Fallen Star Challenge? 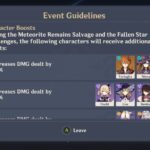 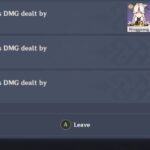 First, it’s important to note several characters have a huge 60% damage boost during the event: Tartaglia (Childe), Mona, Fischl, Lisa, Beidou, Ningguang, Noelle, Chongyun, and Xiangling. Every player owns at least Lisa, Noelle and Xiangling as they’re free characters. If you have them geared up, use them. Lastly, maybe you were very lucky, or a whale, and own multiple characters among this list. If so, pick the ones who has constellations.

Lastly, Fallen Star is the same as most battles in Genshin Impact. As long as your team has a variety of Visions and weapons, you’ll be fine. Moreover, a Claymore user is vital to break the armors of Hilichurl Cheftain, Hilichurl and Mitachurl eqquiped with rock shields. Occasional Anemo Slimes can be dealt with easily with an archer character, so consider bringing one.

Once you cross thresholds in total Celestial energy accumulated, Heroic Starburst or Fecund Starburst will trigger.

Fecund Starburst increases the speed of Celestial Energy submission. Heroic Starburst boosts your ATK. Moreover, these bonuses work like an AoE: all characters near the receiver will receive it too. 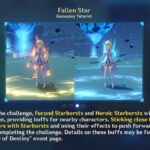 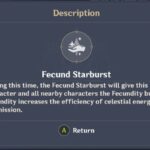 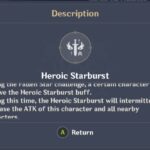 Playing Fallen Star Challenge In Co-op Mode With Other Players 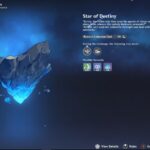 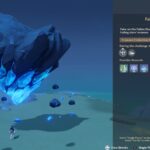 If you unlocked the NRE (Menu 30), make sure to fill it up beforehand. Remember, the game doesn’t pause in the menu, enemies keep moving. As such, having the NRE helps to eat faster. Here’s how to unlock NRE (Menu 30) if you haven’t yet.

If you can, coordinate yourselves before starting the event. I’m one of the advocates of “there’s no truly stronger” character in Genshin Impact because it all comes to who you use with who. Character chemistry. And your Artifacts and their substats. So be sure to get ready before joining Co-op. Heal yourself. Eat your stat boosting food. And don’t neglect elemental damage boosting potions. 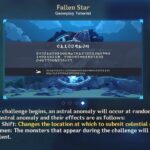 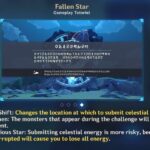 Lastly, keep an eye on the random astral anomaly. In particular, when Inauspicious Star triggers, be sure to only submit energy when it’s safe. Or else, you will loose everything when hit during the submit process.

The most important is to stick together to take advantage of the above-mentioned Fecund Starburst and Heroic Starburst.

Once you’re done with your run, solo or co-op, you need to pay 40 Original Resin to get the rewards. The Challenge gives out Fading Star’s Essence, which you can exchange in the Event Shop. 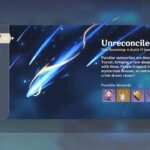 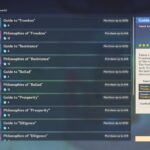 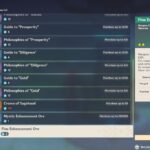 I highly suggest buying all Character Talent Level Upgrade materials in priority. Most notably, you should grab the Crown of Sagehood. It’s used for very high level Talent Level upgrade. It’ll be important in the long run. Moreover, while the event itself ends on November 30, the shop will stay open until December 6, 2020.

Genshin Impact: How to Get Fischl In Unreconciled Stars 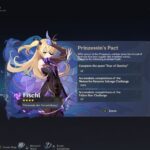 Besides clearing certain conditions in Phase 1 and Phase 2 of Unreconciled Stars, you also need to run the Fallen Star Challenge at least seven times. Moreover, both solo or co-op runs count.

The Genshin Impact Unreconciled Stars event ends on November 30. The first Phase of the event has a nice detail for Venti players. miHoYo is also now suing players leaking content from Version 1.2 Closed Beta Test. December 23 is the scheduled release date for Version 1.2, adding Dragonspine. miHoYo also revealed in which order future Teyvat regions will be added: Japan-themed Inazuma is the next region.

Cyberpunk 2077 Knocked Off The Top of Steam’s Charts After Seven Weeks
Scanners: The Sci-Fi Horror Movie That Changed David Cronenberg’s Career
Search Party Season 4 Review (Spoiler-Free)
WandaVision: How a Bottle of Wine Could be the Key to the Entire Marvel Series
Bloodstained: Ritual of the Night Adds Classic Mode and Kingdom Crossover in Latest Update